This is a brief history on how I became myself.

I started learning web design when I was thirteen, 15 years ago.

At the early 2000s. There were not much CSS styling techniques. I used table tag to create layout. By nesting table tags, I could create most layouts without issues. But the trend of table layout fell quickly after browsers supported CSS in much better way. This event nailed myself to be a web designer for my career.

In 2003, I attended an international web design contest and competed with other under 23 competitors from all over the world, including Korea, Germany and Netherlands. Fortunately I won the bronze medal at that moment.

Getting in love with flash

I learnt Adobe Flash since its version 4, at the moment its still called Macromedia Flash. It shined because it was so easy to create custom layout with rich media and interactions.

Once I mastered the ActionScript 2 and 3. I started creating flash games. I publish the games on game sites. And I was one of those early developers that put Flash games on Facebook, during the time that we could play third party game directly inside the Facebook website. 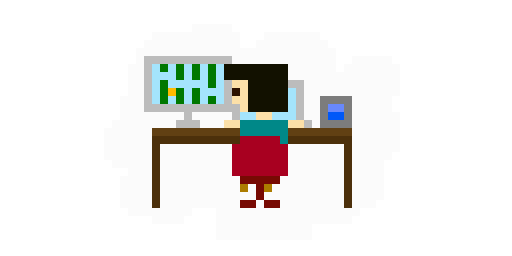 In 2007 and 2008, iPhone and its App Store was released. It had been 8 years since I built things on the internet.

I didn’t focus on iOS development until the debut of iPad. I was so impressive by the iPad concept. That leaded to my first iOS game, Fish Ball, being one of the first games available on the iPad App Store, at the first day that iPad was on sale at 31st March, 2010.

Then I built my first own company focusing on iOS game development, which leaded to my most successful title, Chicken Rain. Chicken Rain got to the #1 top free ranking in most Asia countries and stayed on the top rank for 1 week.

Recently I closed my company and focus on teaching and sharing the development techniques. That’s why I created makzan.net to promote my courses and books.

Now I combine what I have learnt in flash games development and web design to create interactive content by using the latest web standard.

I would like to dedicate another post talking about why I think teaching and sharing knowledge is important.

◀ My thought about death Do you really need so many apps? ▶